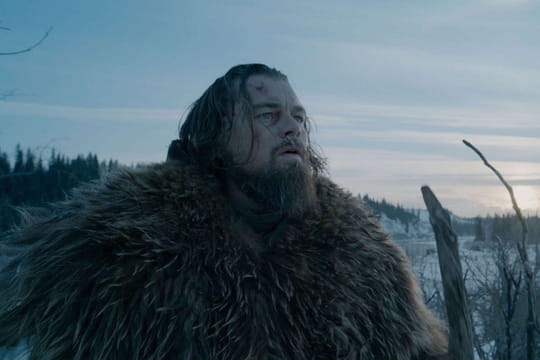 THE REVENANT – The scene of the bear attack remains in the minds of spectators who have seen The Revenant with Leonardo Dicaprio. Shooting Secrets.

Released in 2016, The Revenant impressed critics and film professionals, winning several Oscars ( best directors, best photography…) but above all that of the best actor for Leonardo DiCaprio, the first of his career. After seeing AlAlejandro Gonzalez Iñárritu’s feature film, it’s hard not to remember the impressive scene of the bear attack. Violent and brutal, its realism frightens and fascinates at the same time. During this scene, the protagonist of this survival movie, Hugh Glass (DiCaprio) is alone in a forest and is attack by a wild bear. He is brutally dragged away by the animal, which pulls his arms and leg before leaving him for dead.

But how was this scene from The Revenant shot? Fortunately for Leonardo DiCaprio, it was not a real bear that was used for the camera capture. Alejandro Gonzalez Iñárritu called upon the technique of performance capture and the talent of stuntman Glenn Ennis (Fantastic 4, Man Of Steel, Game of Thrones…), who embodies the bear. The latter had to wear a blue suit and a plastic bear head on his head throughout his performance. The scene was filmed, before being digitally reworked to give the impression that a real bear is attacking Hugh Glass. For his part, Leonardo DiCaprio was swayed by cables attached to a fake tree. A colossal work that paid off when we discover the final result!

Synopsis – A true adventurer, Hugh Glass left for the West in 540 to become a skin tanner alongside Captain Andrew Henry. Attacked by a bear and seriously injured, he miraculously survived his injuries. But the terrain prevents it from being transported. Henry ends up hiring two mercenaries to watch over him. But they leave him defenseless.

Death of Michel Bouquet: a planned national tribute, where and when?

Printemps du Cinéma: when will the 2023 edition take place?

The Visitors 4: is a sequel possible?

“We forget how crucial the imagination is”: Interview with Mathias Malzieu