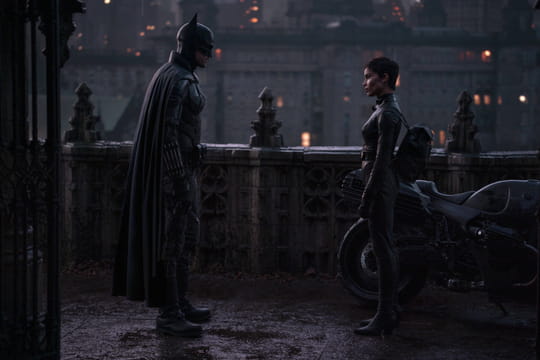 BATMAN 2. At CinemaCon in Las Vegas, Warner Bros. confirmed the start of construction of a sequel to The Batman. Robert Pattinson will once again play the masked vigilante.

This is certainly not surprising information, but it has the merit of now being official: The Batman will indeed have a cinema sequel. It’s Warner Bros. Pictures which announced it during its presentation at CinemaCon in Las Vegas on 26 April 2022. Toby Emmerich, CEO of the studio, has indeed jumped at the chance to confirm what fans were waiting for: there will be a The Batman 2 with Robert Pattinson. Matt Reeves, who directed the first film released last March, will once again be behind the camera to develop the universe around the Bruce Wayne played by Pattinson. The filmmaker also addressed the exhibitors to thank them for their confidence in the distribution of his film. “Thank you all for the incredible support you have shown. We wouldn’t be here without the faith and enthusiasm of all your teams around the world. I can’t wait to immerse myself in this world again to the next chapter.”

As of this writing, Warner Bros. however, has not announced a release date for The Batman 2, which will obviously take the necessary production time to give a worthy sequel to the first film. Released on March 2 2022 in France, The Batman is the film that achieved the most admissions in France for the start of the year with more than 3 million admissions . In the world, he amassed the trifle of 759 million dollars and rose to first place in the world box office for 2022. Note that the film was streamed on the HBO Max platform where it is available and was watched by 4.1 million households in its first week of operation. We therefore understand why Warner Bros. seeks to continue its efforts to develop the Batman license.

Guardians of the Galaxy 3: end of filming, Dave Bautista says goodbye to Drax